Dementia and Alzheimer’s are scary for both patients and caregivers. Right now, there is no cure. Scientists are trying to find ways of prolonging patient’s lives and delaying the onset of the disease. IT Technicians are finding ways to make lives better and caring for patients easier. Some remarkable work is doing things for these individuals that has never been seen or done before. 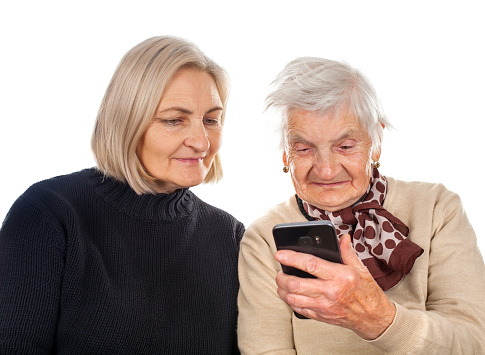 First, A Word About The Disease

According to Alzheimer’s International, nearly 44 million people worldwide have Alzheimer’s or related dementia. More than 5 million American’s are living with it, and Between 2017 and 2025 every state is expected to see at least a 14% rise in the prevalence of Alzheimer’s. Those statistics are startling, especially since Alzheimer’s disease is irreversible.

Accounting for around 70 perfect of dementia cases, Alzheimer’s Disease is the most common cause of dementia, a group of brain disorders that results in the loss of intellectual and social skills. These changes are severe enough to interfere with day-to-day life. It progressively destroys the brain and ruins memory and thinking skills, and eventually the ability to carry out the simplest tasks.

A Few Other Statistics

Technology at its Finest

Because of these sad stats and high numbers, IT experts have come up with some amazing devices that use modern technology to aid in the care of people suffering from memory problems. Here’s a look at a few of the latest innovations.

Clocks precisely intended for those with Alzheimer’s and dementia can help ease the stress associated with day to day life. Someone who has dementia may confuse night and day so an easy to read clock can help them to better tell the time.

Medication management technology created high tech automated pill dispensers which beep and open to remind caregivers and those with dementia to take their medicine. Vibrating alarms on a watch have also been fashioned to remind when it’s time for a pill. This technology serves the busy caregiver well by helping them not to forget medication time as well.

Video monitoring technology supports both care recipient and caregiver, by allowing both people more freedom. The patient doesn’t feel watched constantly because loved one can spend a little time away, and loved ones get the comfort of being able to see their family even when they’re not in the same house.

People with Alzheimer’s or dementia may wander. Tracking devices can be worn by the person in some way and have alert systems that let a caregiver know if their loved one has left a certain area. This type of technology can also alert emergency personnel to aid in a quick recovery.

Picture phones are specifically designed for people who cannot remember phone numbers. These phones have large numbers and are pre-programmable with frequently called phone numbers. Some of the phones come with clear buttons where photos can be placed so that the person can just push the button associated with the photos to call their loved one quickly.

This device monitors a patient’s use of electrical appliances. It plugs into a wall outlet or power strip and will alert caregivers if their commonly used appliances have not been turned on or off.

Wearable cameras and augmented reality glasses could be the next big thing in helping patients. These devices can take hundreds of pictures every day from the user’s point of view logging their lives in this way.

A Village of Care

In Kitchener, Ontario, something wonderful is happening. Facilities have been designed to be less institutional-looking, friendlier and homier. “Schlegel Villages” is one of the first of its kind and is improving the quality of life for the people that live there.

One problem they deal with though is when at-risk seniors become confused and attempt to leave. According to Schlegel’s IT director, Chris Carde, “Some seniors with certain types of mental illness can remember the door-lock code to get out but can’t remember anything else. A confused senior wandering out into a southern Ontario winter can be a serious, even fatal, incident”.

Schlegel Villages is also implementing an e-health system to replace paper charts at its care facilities. Carde states, “Nurses would have to write down a patient’s vital signs, then enter them into a desktop computer some distance away. The new system, which will use iPads and iPad minis to enter health information directly into the database, is being greeted warmly by clinicians”.

Thinking Outside of the Box

A German senior center applied the idea of using fake bus stops to keep Alzheimer’s disease patients from wandering off. Because their short-term memory is not intact, but their long-term memory works fine, they know what the bus stop sign means, and they stop. It is a huge success in Germany, now they want to bring it to several clinics in North America.

Thanks to these researchers and IT innovators, the future is much brighter for patients with memory diseases and their families and care providers. This is just the beginning when it comes to making life easier. Information Technology has only just begun to scratch the surface of what can be done to help in the fight against dementia and Alzheimer’s.