Surface Book 2:  How Does Microsoft’s New Notebook Compare to a MacBook Pro? 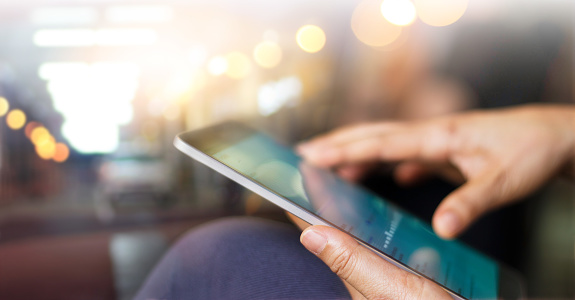 Have you decided to head for the Apple Store to buy the hippest notebook around?  If so, you may want to take a few minutes to glance at the specs for Microsoft’s Surface Book 2.  If you already own the original Surface Book, expect a similar physical appearance, but don’t let that fool you.  This time, Microsoft has gone way beyond expectations to deliver performance that Apple and other competitors haven’t matched.  If you hope to future-proof your portable computer with a machine that won’t seem outdated within months, you might want to consider spending a bit more on the Microsoft machine.

To paraphrase the succinct reviewer from ZDNet, Microsoft didn’t just introduce the Surface Book 2 to compete with Apple.  This savvy and established computer company also introduced this high-end notebook to show all of their notebook competitors how to compete in the market for high-end notebooks.  Microsoft packed a lot of performance in a small package, and they were bold enough to charge a little extra for it.  If the features of the new Surface Book appeal to you, you should still enjoy a good value for your money.

These are highlights of a comparison of some basic specs between the Microsoft Surface Book 2 vs. the MacBook Pro:

Explaining the performance capabilities of the Surface Book 2 with the MacBook Pro deserves its own section.  Compare Microsoft’s Core i7-865OU vs. Apple’s i7-7700HQ CPU.  Microsoft has Eighth-Generation core processing speeds.  This makes the Seventh-Generation processor in the MacBook almost appear vintage, but it has only been out for a few months.  If you need speed, you can make certain that your notebook has state-of-the-art specs if you spend a little more on the Surface Book 2.

One of Apple’s selling points has always been its graphics capabilities and screen resolution. They are still an industry leader in this regard.  At the same time, the Surface Book’s display rivals the Apple.  On paper, Microsoft’s specs may even appear better than Apple’s do.

Maybe screen resolution has advanced to a point where most differences come down to a matter of personal tastes.  Unless the vendors start producing holograms or 3D, there might not be much they can do.  Of course, Microsoft has just introduced mixed-reality headsets.  The Surface Book 2 comes with a NVIDIA® GeForce® graphics processor that is fully compatible with these.  Avid gamers may want to upgrade to this latest offering from Microsoft too.

Two-in-One Versatility:  The Surface Book is a Laptop and a Tablet

Microsoft calls the Surface Book 2 a notebook computer.  One of the most novel things about the original Surface Book was the fact that the keyboard could detach from the screen This transformed the machine from a laptop to a tablet within seconds.  The Surface Book 2 still comes with this versatile feature.

The sacrifice you have to make if you want a two-in-one device like this is that the Surface Book 2 is a bit heavier and bulkier than the MacBook.  When compared to other laptops, you still get a streamlined and lightweight device.

This feature might help you justify the somewhat higher cost of a Microsoft Surface Book 2 when compared to an Apple MacBook Pro.  If you want both an Apple laptop and tablet computer, you could pay slightly less for the MacBook and then still have to pay more to also buy a tablet.

None of these features will help you if your computer malfunctions shortly after you take it out of the box.  Microsoft offers 30-day returns, three months of free phone support, a year’s worth of in-store technical assistance, and free training with your purchase.  You can also choose to upgrade your warranty to a two-year extended warranty for extra protection.  With a MacBook, you can decide to buy the Apple Care extended warranty for $99.

Is the Microsoft Surface Pro 2 the High-End Notebook of the Future?

Some of you will always favor Apple devices.  If you already rely upon other Apple devices, you may find that the MacBook offers you the compatibility and other features that you already enjoy and are familiar with.  Obviously, Apple already has a large share of the high-end market and will probably continue to for some time.

If you’re not particularly committed to Apple, you might be happy with the way that Microsoft did not hold back with their new Surface Pro.  It’s powerful, versatile, and fairly lightweight.  The additional performance and graphics capabilities may be enough to convince you that this is the machine that is worth paying a bit more for.