Windows 10 and Linux: The Surprising Similarities That Can Make It Easier To Switch

The switch from Linux to Windows may be easier than you thought: Here’s why. 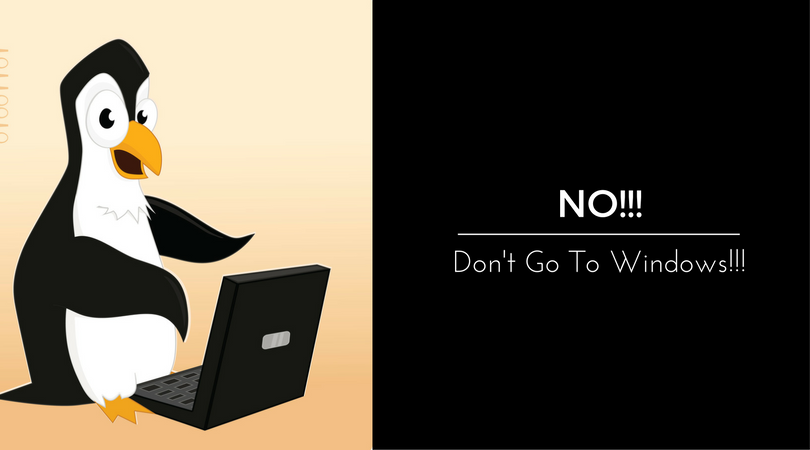 It’s time to talk about Linux. We understand that Linux users, especially companies that use Linux, have very good reasons for doing so. They have often spent years building systems that work exactly the way they want, and dislike the idea of switching to any other “mainstream” option that doesn’t offer the same benefits. At the same time, we know that there’s a lot of pressure out there to move to platforms that are easier to integrate and compatible with other companies in the industry, so hanging onto Linux in the business world is getting harder. So we’re going to talk about how switching from Linux to Windows 10 may be easier than you expect – and just what both options have in common these days.

This is the big one – the one that really makes Linux users sit up and pay attention. Microsoft announced Bash for Windows back in 2016 and added the compatibility with the Anniversary update. Now that the bugs have been smoothed out from that particularly update, it’s a great time to check out just what this Bash option can do on Windows. It’s works on 64-but PCs and is designed for “developer mode” where you can enable the Windows Subsystem for Linux. Reboot, and Bash is ready to run. GNU command lines are enabled, apt and apt-get work fine, Symlink is compatible, and there’s basic language support for Python, Perl, and more.

Perhaps even more reassuring, while you can install Linux apps, you cannot accidently edit or delete Windows apps in this mode, so there’s no need to worry about doing unintentional damage to the Windows side of things. If you’ve been steadfast in sticking to your Linux capabilities, this could be the feature that convinces you to make the switch to Windows 10 while still keeping many of the things you know and love.

Modern apps have focused increasingly on greater compatibility, especially apps targeted toward organizations that may need to work with a number of different platforms. As a result, many of your favorite apps probably work well with both Linux and Windows. That includes entertainment apps like Spotify and VLC just as much as free doc software like LibreOffice or design-friendly Visual Studio Code. Even apps that don’t have a specific version designed for Linux/Windows frequently have web apps that you can pop open no matter where you work. Don’t think you have to give up old apps or adopt unfamiliar apps when making the switch.

On Linux, there are a number of task automation options to get things done – a very popular option, for example, is Cron, which runs a number of jobs based on parameters you can freely set. If you’re worried about giving this functionality up, you may be pleasantly surprised: Windows 10 has more automation than ever before, including Task Schedule which allows you to schedule automated tasks that are nearly as customizable as Cron.

Do you prefer to use multiple profiles to manage of a variety of logins, each with their own tasks and purposes? One of the traditional advantages of Linux is how easy it makes this kind of customization: Fortunately, Windows 10 has a lot of user account control, too thanks to its administrator features. With an administrator account, you can control multiple accounts, lock down accounts if necessary, and customize them as necessary.

Still not convinced? If you have more questions about using Windows for your Atlanta business, we can help out. Alltek is an expert provider of IT systems services with experience in managing many transitions. Contact us at (770) 949_-9468 or info@alltekholdings.com to learn more!